How to Dispose of Batteries (and Other Things)

One man’s trash is another man’s treasure. Junk removal can be a rewarding business. When I was a kid, I would shamelessly dumpster dive. My dumpster diving all started one day when I noticed a G.I. Joe doll (ahem… action figure) sitting at the bottom of a dumpster. Naturally, I hopped in that giant metal box and grabbed that toy. This wasn’t a one-time thing; this became a regular occurrence.

There was a family across the street that had four boys, most of which were older than me. If you checked the dumpster at the right times, there was a good chance you would find some treasures too good to pass up. After a while, I roped in a couple of my friends on my newfound secret. We didn’t care what we found, but we felt like kings when we found anything. Everything we found was a prize, with old toys being the gold mine.

Perhaps this all sounds a little strange, but I assure you we were just kids being kids. Around that same time, we had plans to create an underground clubhouse with cement walls. We were going to use some of our findings to furnish the clubhouse. Those plans are probably a good indicator of our age at the time. 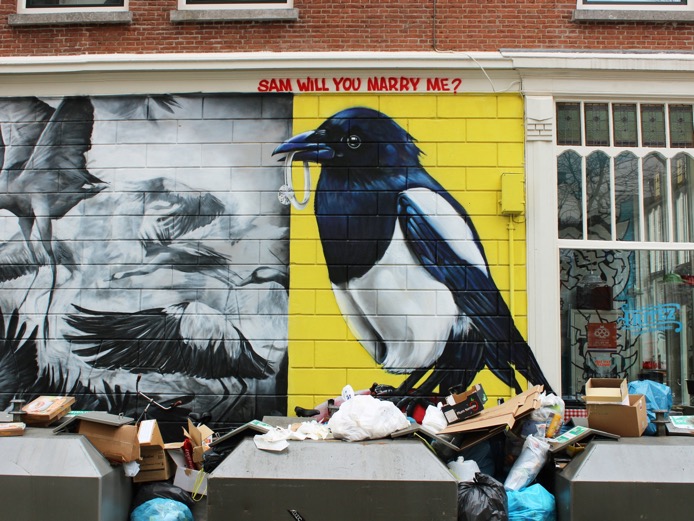 With that being said, our dumpster diving crew decided to expand. We were no longer hitting one house’s trash; we were hitting the entire street. That soon turned into a neighborhood operation. We were walking from dumpster to dumpster pulling a wagon to help us carry all of our findings.

If you’re wondering where our parents are in all of this, they soon stepped in. As I continued to bring home bizarre things, my parents started asking questions like, “where did you get those light bulbs?” and “I didn’t buy you those shoes. Where did you get them?” I started to realize that the gig was up. With hope that they would understand, I told them about our dumpster diving crew.

It’s safe to say that they didn’t approve. Now that our operation was foiled, I devised one more deep dive. We outlined a plan that would cover every street and alley on our side of the tracks. One final quest to bring home a horde of loot that nobody could deny.

We set out on our afternoon-long journey that covered over fifty dumpsters. With our wagons in tow, we expected big things. I wasn’t settling for little treasures because this time was different. I had something to prove.

After an afternoon spent jumping in stinky metal bins, we came home with our heads held high. I couldn’t wait to show my parents what I found, hoping that it would change their minds about our beloved hobby. I strolled up to the house pulling my newest additions behind me. 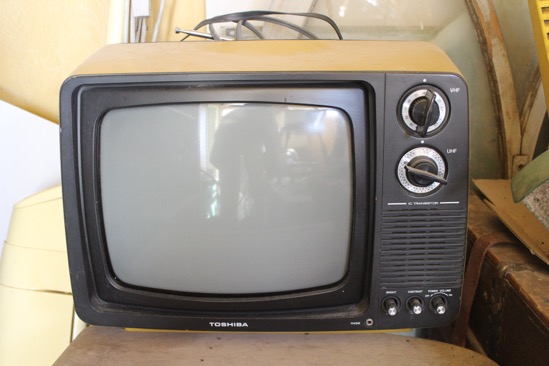 My first prize was a yellow TV. I was fully expecting it to be broken, but I was pleasantly surprised to find that it still worked. Not impressed? Well, I never got rid of it.

Among a bunch of smaller items, my second prize was the greatest of all, and I decided to give it to my mom as a present. I found an original oil painting on a 56” x 32” custom wooden frame. present for my mom was a peace offering. If only I could show her how great diving was, maybe she would approve of what we were doing with our free time.

It didn’t work. My parents told me that I could no longer dig through the neighbor’s trash and even called my friend’s parents.

That day marked the end of our dumpster diving, but it was for the best. 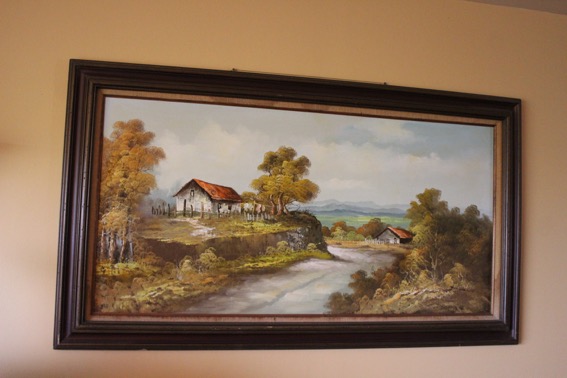 After the dumpster diving crew was dismantled, we shifted our focus to our next scheme. It wasn’t all a waste though…

Yes. My mom has had that painting hanging on her wall for the last fifteen years. It hangs front and center in my parents’ living room. Maybe she didn’t approve of searching through trash, but she did appreciate the gift enough to keep it hanging all of these years.

I’m not digging around in the garbage anymore, but I’m not the only person who has found joy in the depths of a dumpster. I’ve discovered plenty of interesting people who have been able to make something out of the supposed nothings that people have thrown away. 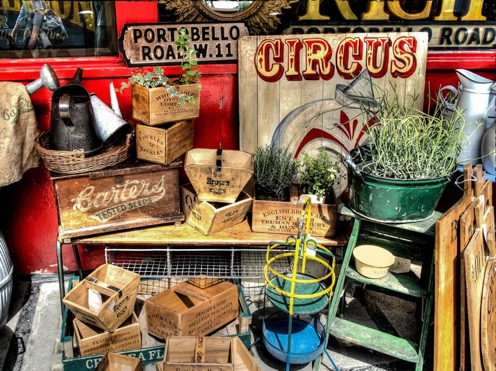 After some research, I was able to find someone who maintains a blog about their junk collection. Martin Gregory runs a blog called, Things I find in the garbage. This professional scavenger takes the things he picks from trash and flips them for a profit. He documents his journey through his photos and writing on his website.

Martin has been able to make a living for himself filtering through the junk that other people didn’t want. Between the curb shopping, selling, and the blog, Martin tends to stay pretty busy.

In 2015, Wired wrote an interesting story about a man in Austin, Texas. Mike Malone, security specialist by day, professional dumpster diver by night. Malone is a humble guy who knows the best diving spots in the city of Austin. According to the article, he estimates that he could easily earn six figures by selling the things he finds while dumpster diving. He generally sticks near larger businesses and stays away from any store that sells food. 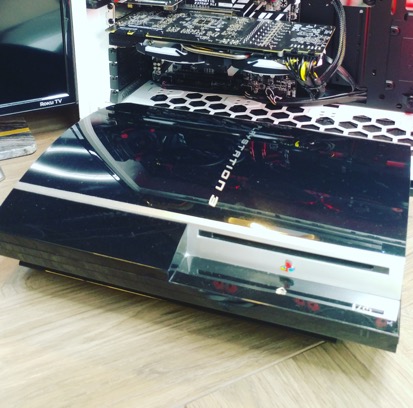 There’s a YouTuber who spends his free time dumpster diving, looking for video games and accessories. The YouTube channel is called The Speedy Diver, and I was lucky enough to be able to ask him a couple of questions.

This YouTube star says that he only does it as a hobby, but he still does it Monday through Friday. He said that the most valuable item that he has found to date was a solid 14K gold bracelet (which is impressive). He even sent me a picture of a PlayStation that he recently found.

When I asked him about his dumpster diving competition, he seemed unphased. He merely stated that he sees other divers when he’s out recording videos. That obviously doesn’t matter, as The Speedy Diver has amassed over 950,000 subscribers and nearly 100 million views.

The Man with the Trash Museum

As reported in CNN Money, there’s a junk removal professional in Manhattan named Nelson Molina who is diligently working to create a museum filled with New York City trash. At first, that doesn’t sound too exciting, but if you factor in the fact that he has been doing this for 34 years, his warehouse is filled with treasures from all wakes of life. According to the article, Molina has collected over 50,000 items in his 34 years as a trash collector. 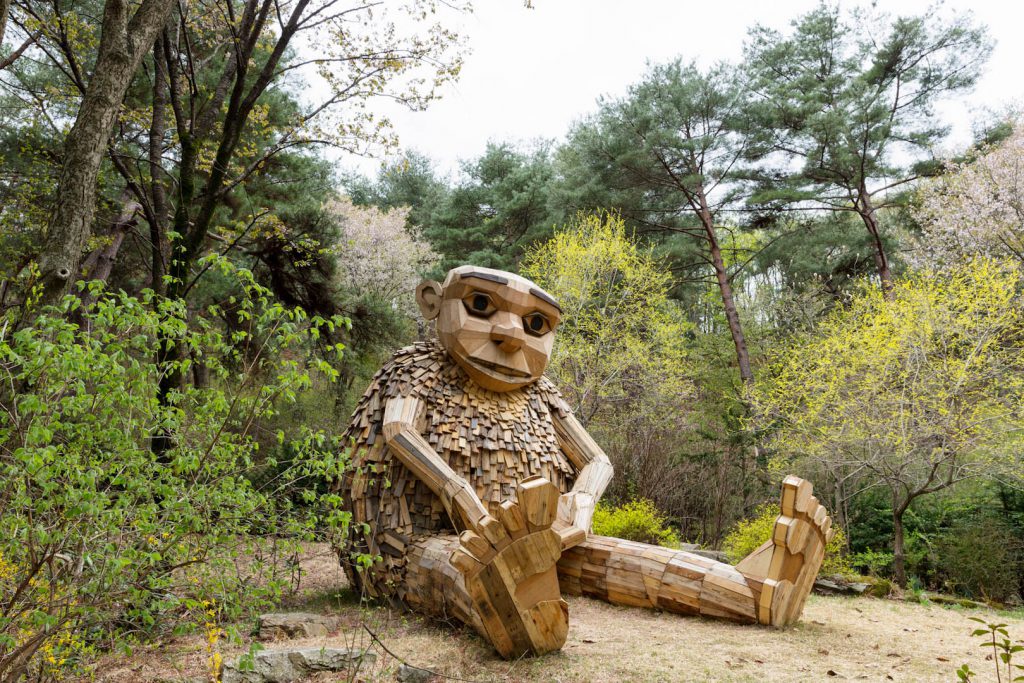 Lastly, what would the article be without an artist? A man by the name of Thomas Dambo uses the trash he finds to create jaw-dropping works of art. His pieces range from big to small and can be found all over the world. His art can be found in North America, South America, Europe, and Australia. Dambo even has a famous art series called, “The 6 Forgotten Giants.” These six “Giants” are sculptures that are scattered about in the countryside of Copenhagen. He considers it a massive scale, open country treasure hunt.

I’ve come a long way since my days as an amateur dumpster diver. With materialism and consumerism becoming more prevalent, landfills are piling up with value. Some people have recognized this social shift and started to take advantage of the things people are throwing away. Whether someone is making a living or making art, junk can still be useful. Since Lula is now offering junk removal as a service, we’re excited to see what our providers come across. This article is not meant to encourage people to dig through the trash. It was written to show people that old junk can still have life.

How to Dispose of Batteries (and Other Things)